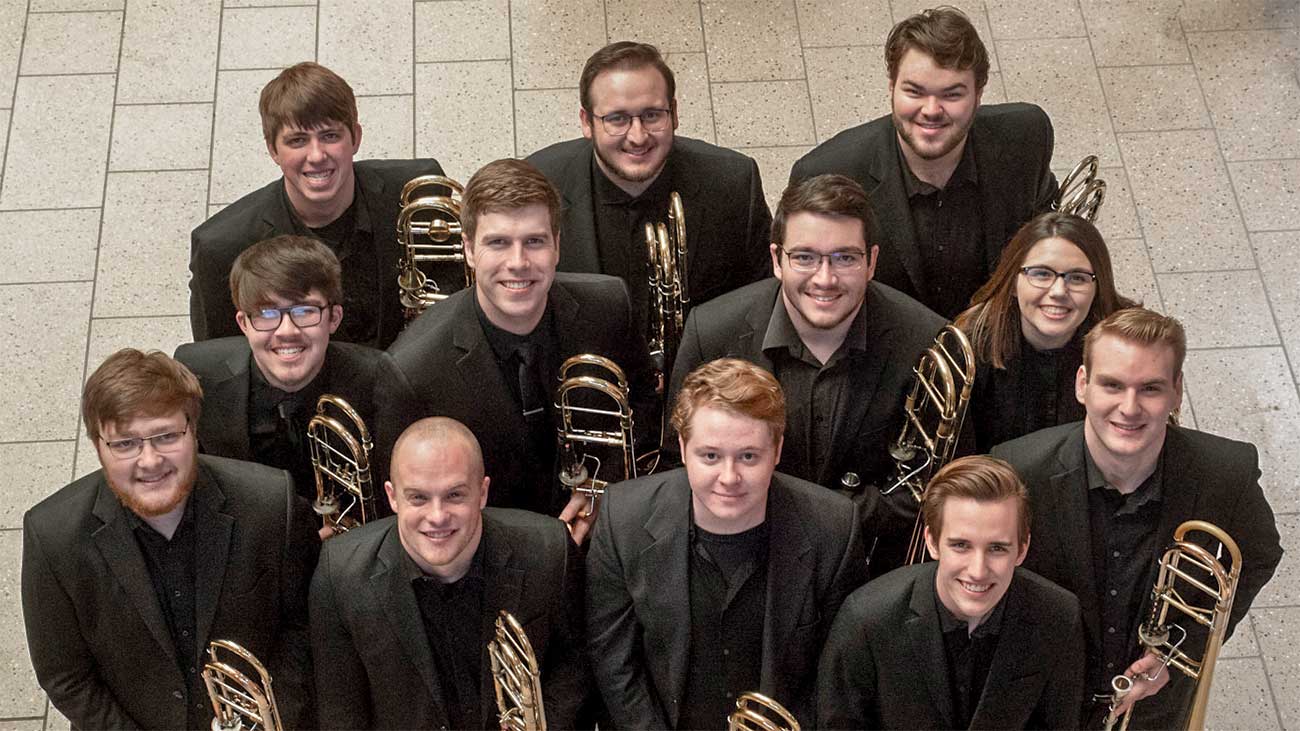 A majority of the program is new compositions and arrangements written for the ensemble. This includes an original composition entitled A Routine Interrupted, by junior trombonist, and member of the ensemble, Seth Giles. Seth is a music performance major from McKinney, Texas. Junior bass trombone performance major from Flower Mound, Texas, Jordan Davenport, arranged the finale from Tchaikovsky’s 1812 Overture. The program includes a consortium premiere of Joseph T. Spaniola’s PASSAGE: Sempre Avanti.  The OSU Trombone Ensemble was part of a consortium of 21 Universities and individuals led by Dr. Justin Cook and the University of Central Arkansas Trombone Ensemble. Studio collaborative pianist and great friend of the trombone studio, Michael Schneider, arranged Vision from 12 Transcendental Etudes by Franz Liszt. Also on the program is the world premiere of Hannelore by Grammy-nominated composer and trombonist Marshall Gilkes. This piece was commissioned by professor Paul Compton in memory of his mother, Hannelore Compton.

We hope to see you at the Noon Concert on February 26th or at the American Trombone Workshop on March 8th. 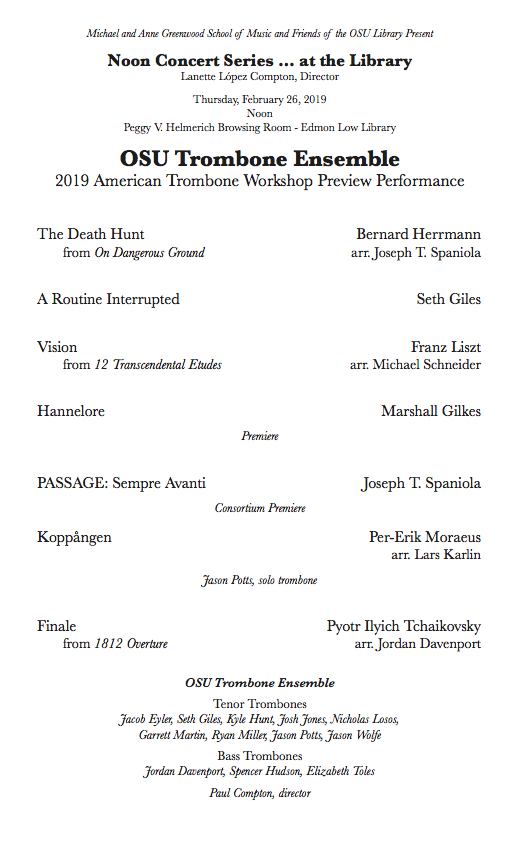