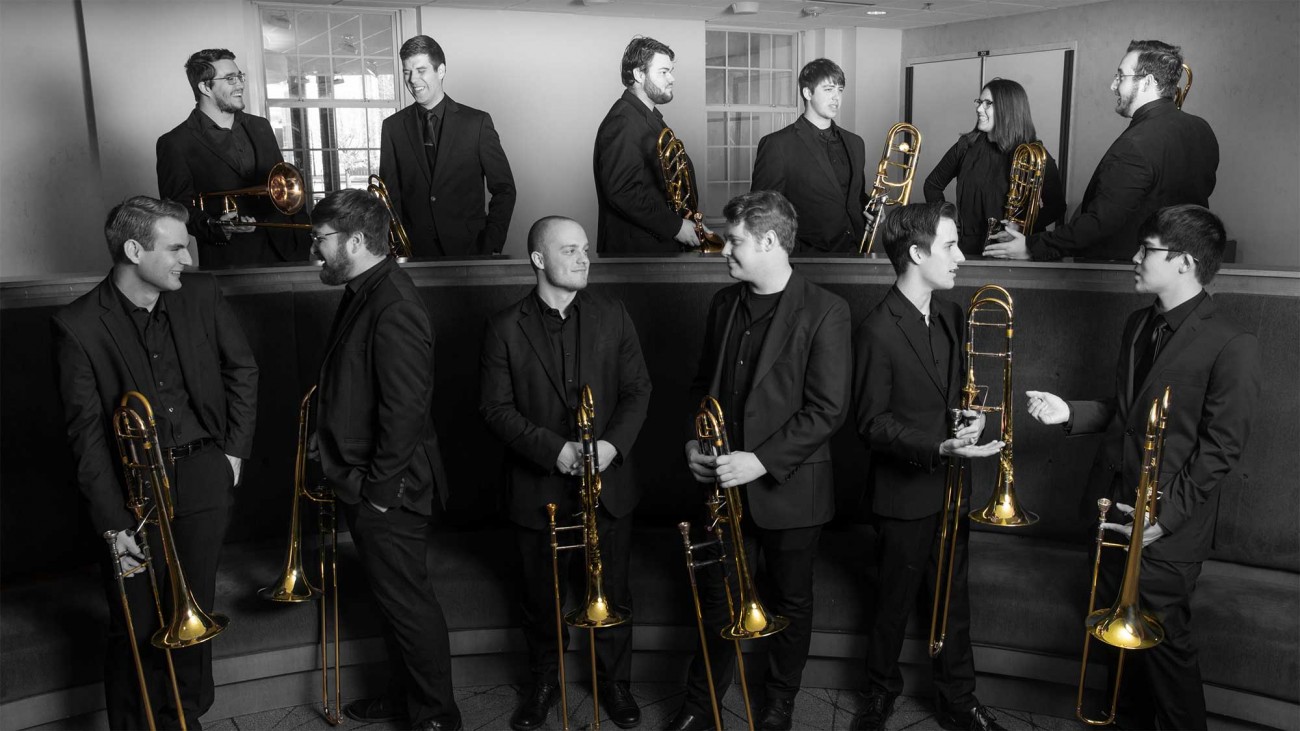 Several students from the  OSU Trombone Studio will be traveling to the ATW this year. The 12-member OSU Trombone Ensemble will be performing a recital on Friday, March 8th at 4:45 pm (EST). The program includes several new arrangements written for the ensemble, a consortium premiere of PASSAGE: Sempre Avanti by Joseph T. Spaniola and the world premiere of Hannelore by Marshall Gilkes.  The members of the ensemble are Jacob Eyler, Seth Giles, Kyle Hunt, Josh Jones, Nicholas Losos, Garrett Martin, Ryan Miller, Jason Potts, Jason Wolfe, Jordan Davenport, Spencer Hudson, and Elizabeth Toles. 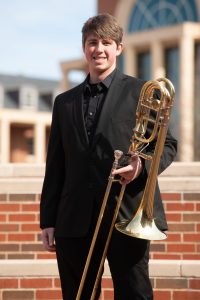 In addition, studio member Spencer Hudson has earned a spot in the finals of the ATW National Bass Trombone Solo Competition. He is one of three finalists in bass trombone division II and will perform on March 6th at 1:00 pm (EST).  Spencer will be performing Tetra Ergon by Donald White.

Spencer is a first-year graduate bass trombone major and graduate teaching assistant, originally from Lafayette, Louisiana.  Spencer studied with Dr. Ben Mcllwain at the University of Southern Mississippi, completing his undergraduate bass trombone performance degree in 2018. Spencer has been a participant at the Cleveland Trombone Seminar and Southeast Trombone Symposium. He is a member of the OSU Symphony Orchestra and Wind Ensemble.

If you are unable to attend the ATW, you can watch all ATW performances, including those by Spencer and the OSU Trombone Ensemble, via live stream on the United States Army Band Youtube channel.